This page contains enriched content visible when JavaScript is enabled or by clicking here. Skip to main content

Images from the St. Andrew Society of Carolina Collection 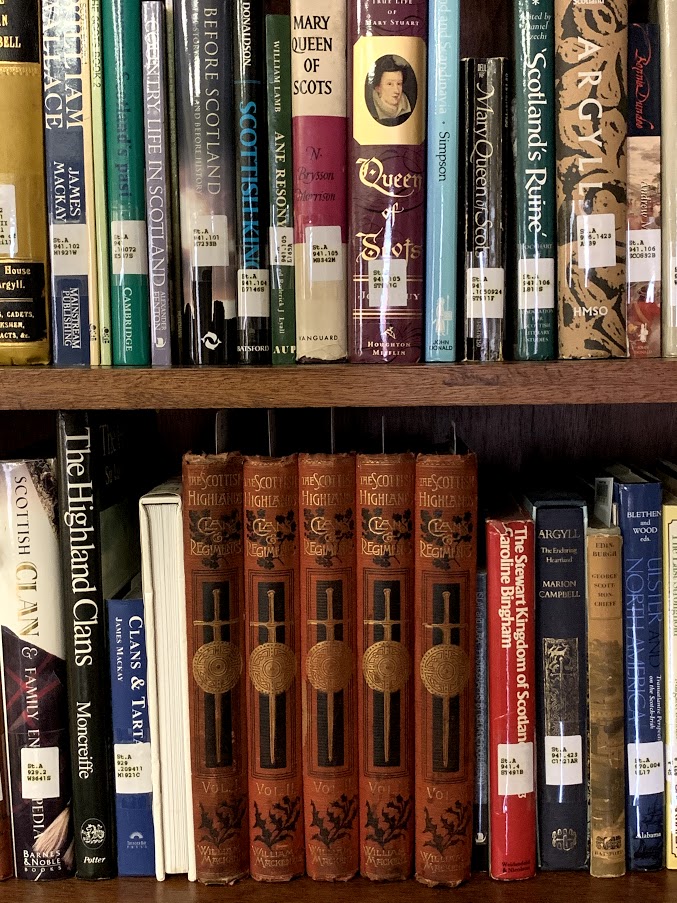 Close-up from the collection 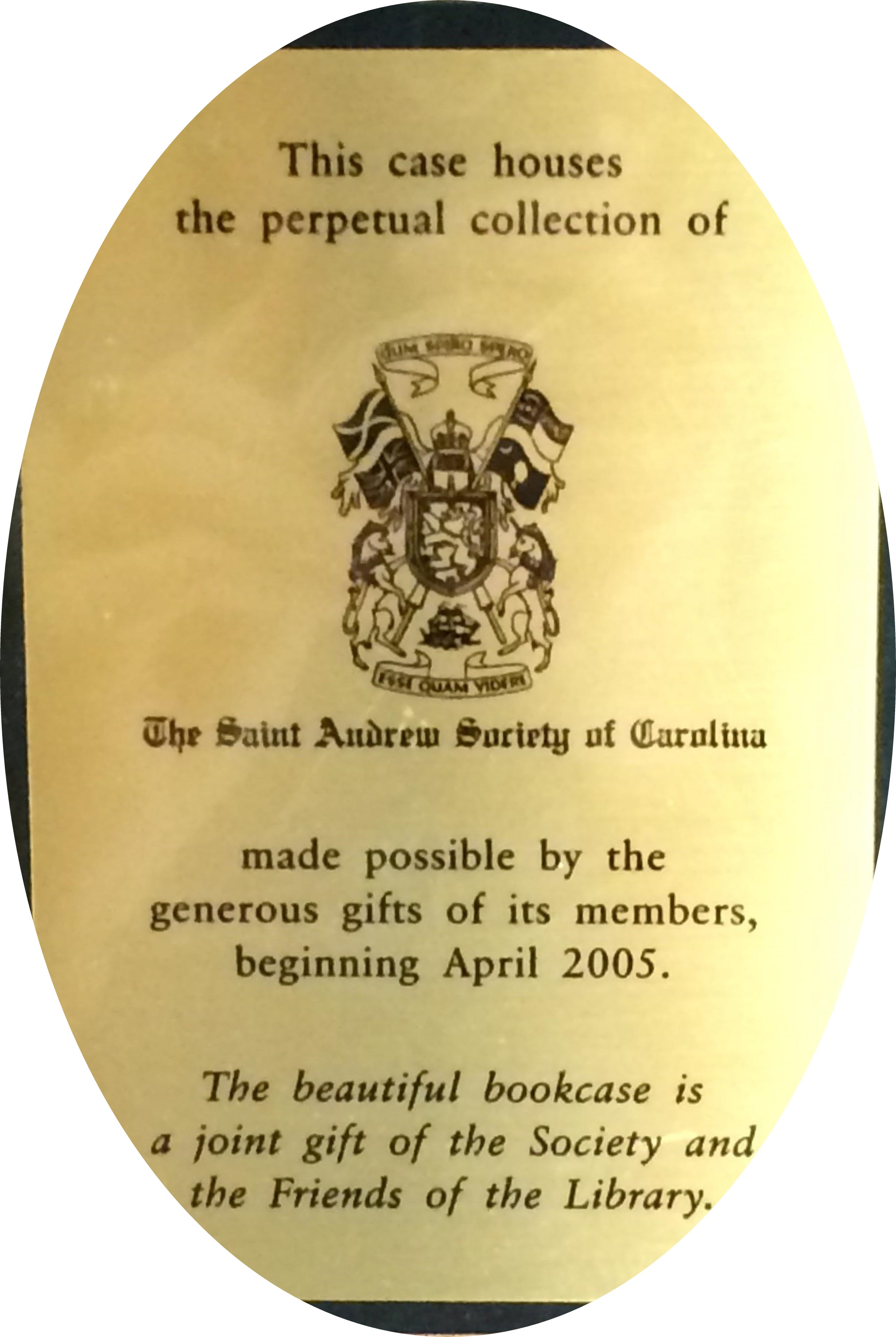 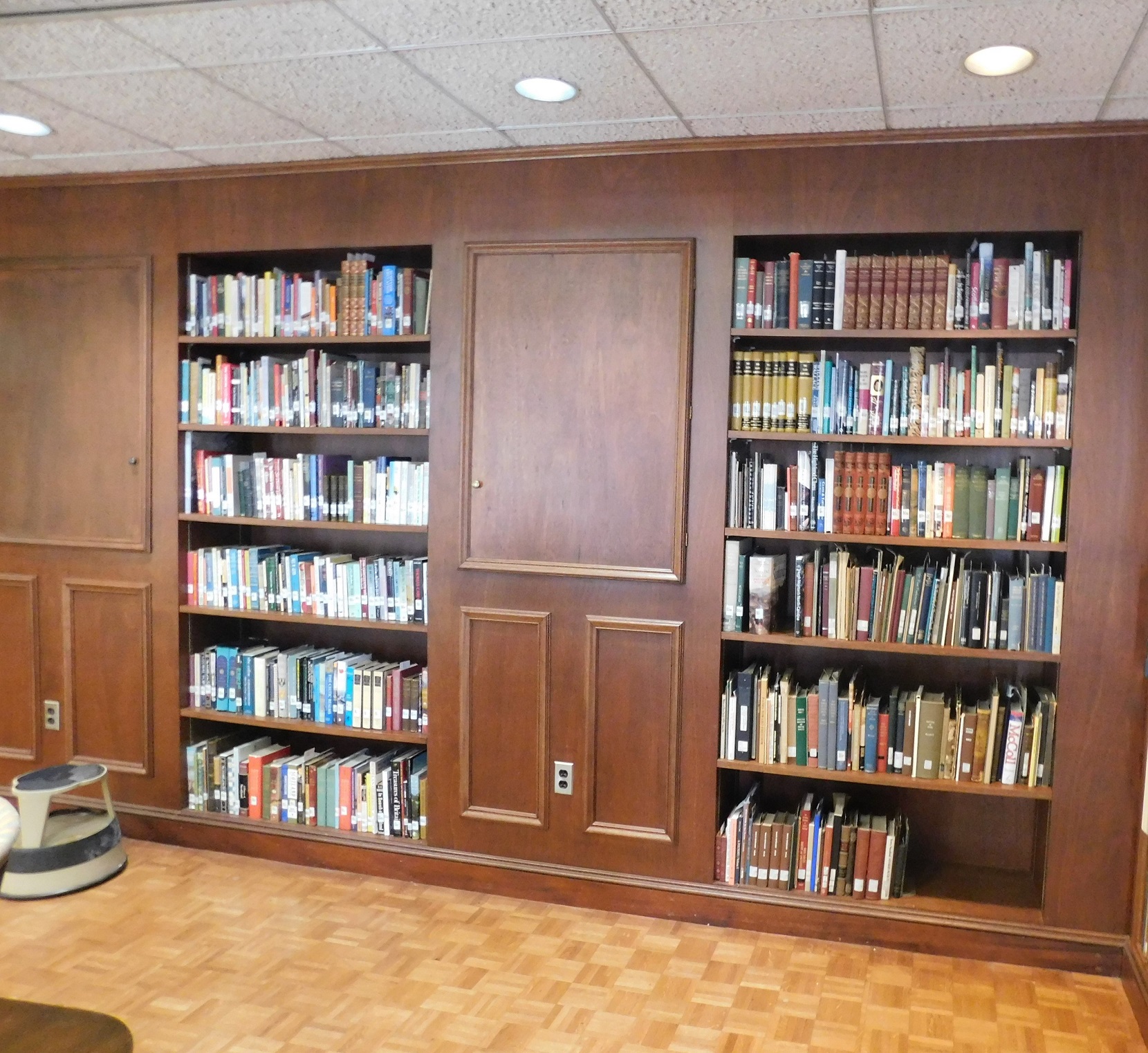 In 2005, Everett Library was chosen as the repository for a generous gift of Scottish literature previously located in the home libraries of members of the St. Andrew Society of Carolina.

Located in the Rena Harrell Special Collections Room in Everett Library of Queens University of Charlotte, the 400+ volumes include books on Scottish history, folklore, culture, and fiction.  It is the hope of the Society that a book of some significance may be added each year to continually enhance the collection.

History of the Society

The first Saint Andrew Society was organized in Charleston, South Carolina in 1729, by a group of immigrant Scots.  This organization is still in existence today and "is still a benevolent order providing funds for any widows and orphans of members who may be in a financial distress."

The St. Andrew Society of the Carolina was founded in 1955, with Dr. Douglas Glasgow as the principal organizer.  Note that the Society is "of Carolina".  A similar group founded in Pinehurst is "of North Carolina."

Why the Saint Andrew Society

The objectives of the Society are to perpetuate Scottish traditions and culture, to promote the establishment and growth of Scottish Societies and organizations and to encourage and support the activities of Scottish events.

The Society holds business meetings in Charlotte, North Carolina, for members, several times a year.  Social gatherings are also held a few times a year.  The principal activity is the celebration of Saint Andrew Day on November 30, with a banquet and speaker.  At this celebration and other social gatherings, members, spouses and guests are encouraged to wear kilts or tartans which indicate their particular attachment to a Scottish family.  The organization's officers are President, Vice President, Secretary and Treasurer.